Americans like getting their money’s worth, whether it’s with the houses they buy, the phones they use, or the cars they drive. It’s also true about the roads they drive on. A comprehensive study1 revealed that asphalt roads were more economical than concrete in Ohio, Kansas, and Iowa. The life cycle cost analysis (LCCA) in this study was based on actual costs of existing pavements over a given time using historical data from the road-building agency. In all cases, comparisons were made to the greatest extent possible of asphalt and concrete pavements carrying similar traffic and comparable age.

The 3 studies were diverse in their approach to the question of which pavement type is more economical.

In the Kansas study, the compared pavements were not the same age, therefore equitable comparisons could not be made using the net present value (or worth) method. The comparisons were made using inflation adjusted dollars. An annual inflation rate of 3.5 percent was used, and all costs were carried forward to 2001 and referred to as "2001 dollars." A total of 218 miles of concrete pavement and 262 miles of asphalt pavement on 3 interstate highways were evaluated. The asphalt pavement on I-70 extends about 250 miles from the western border of the state to I-135 in central Kansas. The concrete pavement is in 3 locations: 95 miles on I-70 east of I-135; 68 miles on I-135 south of I-70; and 55 miles on I-35 in the eastern part of the state. 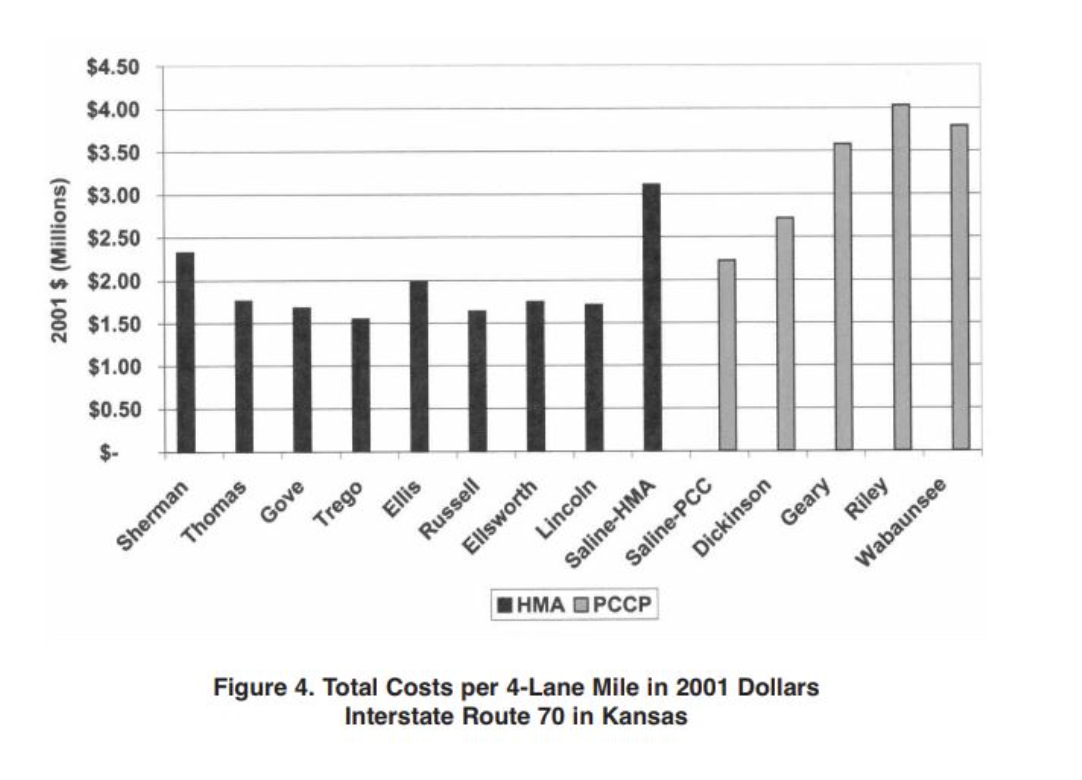 The Iowa study determined total life-cycle costs by calculating the present worth of costs of selected pavements discounted back to 1957 dollars using a discount rate of 4 percent. Three sections each of concrete and asphalt pavement on I-80 in 3 counties between Des Moines and Iowa City were analyzed in the study. 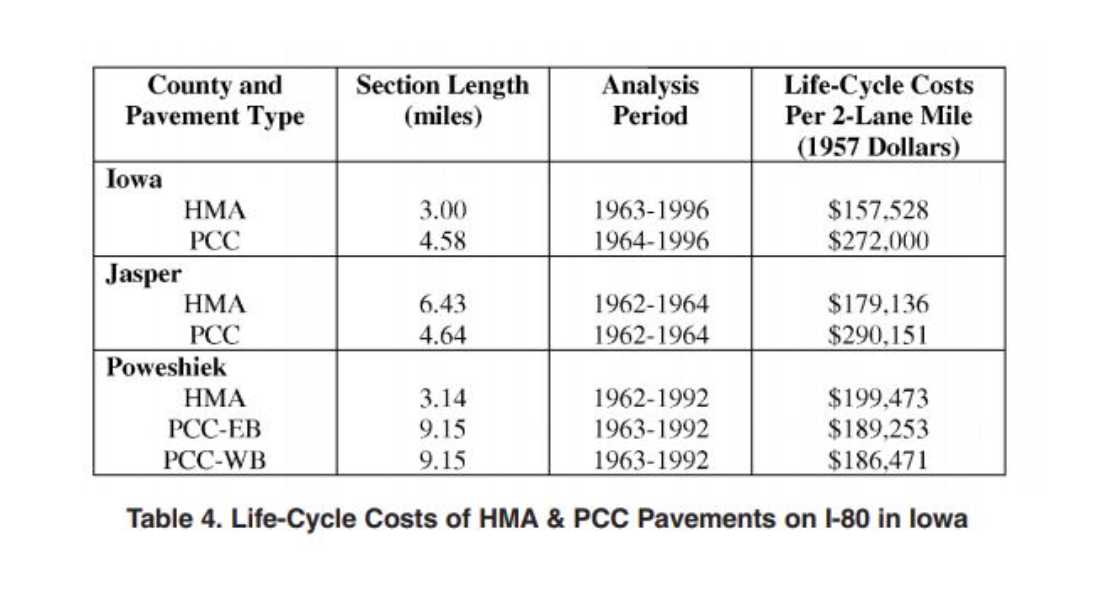 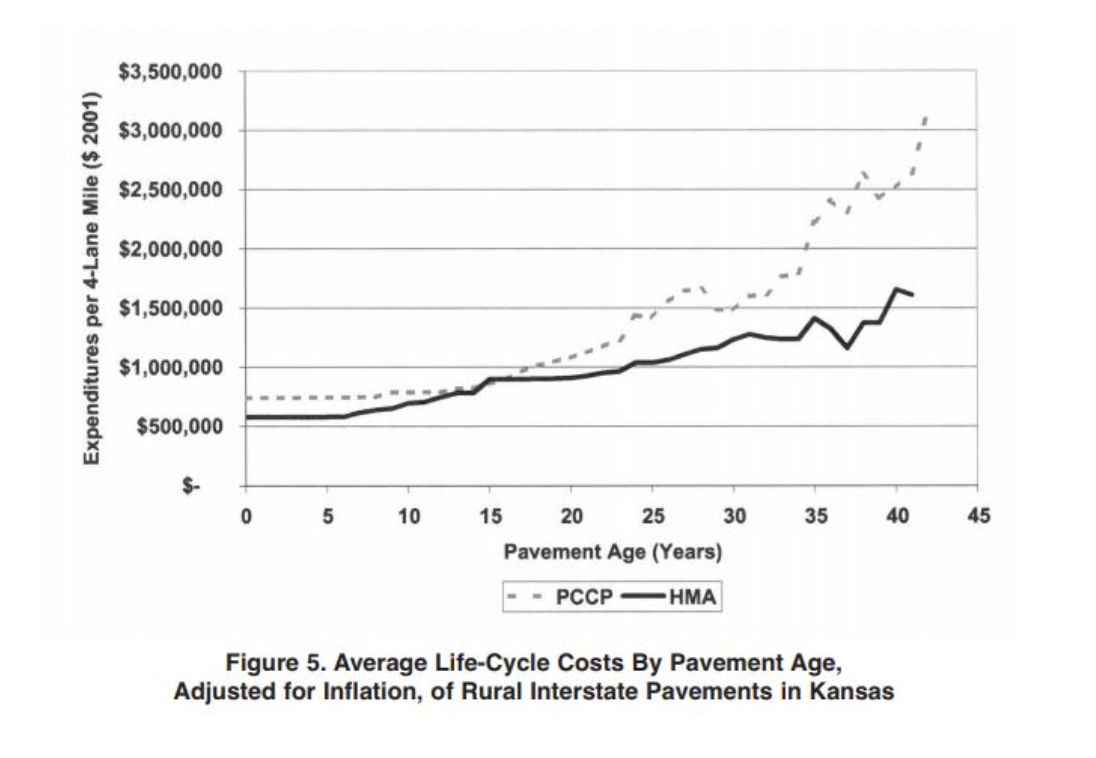 Chuck MacDonald is a writer living in Annapolis, Md. He has been a frequent contributor to projects for NAPA and other organizations.